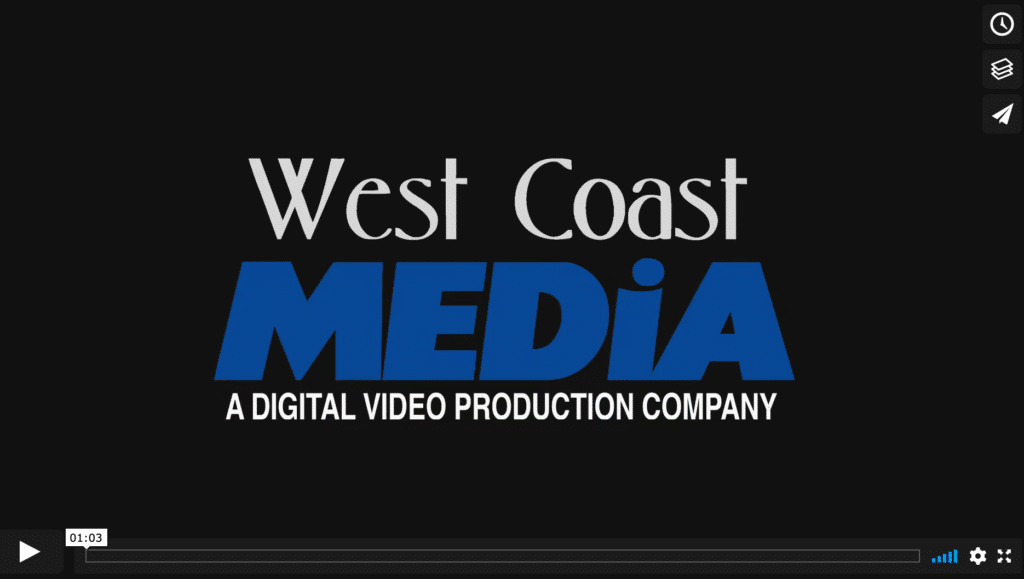 WHAT OUR CLIENTS SAY

As one of the most established Video Production companies in West Michigan, our clients share their thoughts.

I have been working with Larry and West Coast Media for 10 years now and they are our go to for any and all shoots around Michigan. We know we are going to get a consistent and professional product and that our clients are in good hands.

Larry's team did a phenomenal job creating an R&D Intern/Co-op highlight video for Nissan's Technical Center. Not only was he patient in working with us to determine exactly what we wanted, but he paid close attention to detail throughout the editing process as well. Our executive team loved the video and it's been a big success at our student recruiting workshops. Thanks, Larry!

Larry is singularly one of the most talented people I've ever known. He's meticulous with detail. No stone gets unturned and he is crazy/wild creative. More recently, our Marketing team at my prior employer contracted him at my recommendation to do creative content/video for an award and publication we received. No surprise, he nailed it! The leadership was ecstatic with the final cut!

Working with West Coast Media is one of the best marketing decisions we have ever made. From the first meeting we had with them it was clear that they truly care about creating the best possible videos for us to use. What has really impressed us about West Coast Media is how they take the time to know us as a company and our equipment, so the information presented in our videos is clear, concise and highlights the selling points without overwhelming the viewers. They also are extremely versatile when shooting on location and respect our input if a shot isn't working out the way we thought it would in the script.

I just want to thank West Coast MEDiA again for the owner training videos you did for us at Brembo. Your professionalism, attention to detail, and care in capturing the moments from a trainee’s perspective awed our entire team. You were able to turn dry training topics into useful training tools for our client that will be of tremendous value for years to come. I look forward to working with you again!

I recently worked with Larry on a project for Gerber and found him to be professional, courteous, and he delivered an amazing product. Our internal campaign is rolling out soon and looks so nice thanks to Larry.

Larry and his team did an outstanding job pulling together a video for my company with very limited timing and budget. The outcome was great. They are very organized, professional, and use high tech equipment. I will recommend West Coast MEDiA to any organization.

I recently had the pleasure of working with West Coast MEDiA. I was producing a customer testimonial for the corporation I work for. It was a grueling, very tightly scheduled non-stop shoot with many locations and set ups to accomplish in a two day period. I have to say that West Coast MEDiA did not miss a beat in maintaining the shooting agenda, all the while without compromising on their high standards of production and never failing to be gracious to our hosts. West Coast MEDiA made me look good and the company I work for look good.

I hired West Coast MEDiA for a video shoot in cold upper Michigan. The weather was awful but they were true professionals.

So when it came time to edit the project I chose to go with West Coast MEDiA for this, too, vs. bringing it back 'home' to my usual editor. They did a great job with the edit as well with minimal supervision and direction from me...which I liked. And the bottom line... client loved it. Wouldn't hesitate to use them again.

I’ve worked with West Coast MEDiA on a wide range of projects for dozens of clients over the past several years. They have always exceeded my expectations. Recently, we produced a number of videos for a subsidiary of a multinational company, including two videos used by the North American CEO at a management conference overseas.

We were able to script, organize, shoot, edit and deliver the finished videos within 72 hours and uploaded them directly to the CEO’s mobile device while he was en route to the meeting in Europe. He viewed them as the plane landed and immediately sent a glowing approval (which was surprising as we generally work through multiple layers of contacts). Later, we heard that the CEO received a standing ovation after presenting the video to his peers and senior management from throughout the world.

While the applause is recognition for the vision and success of our client, I am glad that we have partners like Larry and West Coast MEDiA to help us clearly articulate and present their vision, project after project.

A results driven professional in every sense, Larry is a leader both personally and in his business. I have known Larry for over 30 years and can attest to his strong character, robust work ethic, innovative abilities, creative aptitude, and his laser focus to detail and quality results. I would confidently and enthusiastically recommend West Coast MEDiA for any project, position, or business.

From the moment we first spoke, I had confidence that you and your team were the right ones for the job. I especially appreciate that you not only cared about the technical aspects of the shoot but that you concerned yourself with the creative and content aspects as well.

As a producer, I can't always be present on all of our shoots. Having West Coast MEDiA on location was like having an extension of myself right there. The footage and the set-ups were all first rate. We produce a program that airs on Fox Business — thus every aspect must have a network quality and feel to it. As such we hold out high expectations for all of our shoots and for all crews that we hire.

You and your team far exceeded our expectations. You went the extra mile, without being asked, how rare and how refreshing.

I also heard glowing comments on the crew's professionalism from client personnel on-site! I consider this vital important for the high-end corporate work we do.

Larry was very communicative as everything was coming together. I always feel better when I can stay on top of what is going on during a shoot that is a few thousand miles away. West Coast MEDiA helped make that happen.

I just wanted to drop you a note to let you know how well received our video continues to be. We had a group in yesterday of about twelve suppliers and customers and showed it.

It was a big hit and our sales director made a point of mentioning that West Coast MEDiA was a top-notch production company and recommended you if they should need a video. I thought I would share some good news. Kudos to you!

Inside Edition has been working with West Coast Media over many of our 25 years on the air. They are our first call in the region because they always provide the reliable, professional service which we require when booking outside crews for our stories.

We cover anything from human interest stories to breaking news events and West Coast Media has deftly handled our requests which often time come at the last minute. We can always rest assured that West Coast Media will send in high quality HD video of the stories we are covering. Excellent and reliable service, a nice staff and professional video production says it all.

The Dodge Viper Tour we shot with you came out really well. My editors really appreciated your shooting style and skills.

Working with West Coast MEDiA was a pleasure all the way from concept through production. Their vision, professionalism and attention to detail resulted in a product that met our needs perfectly. We will definitely call on WCM for our next video project.

I am still amazed at your ability to produce such fantastic professional footage! The lighting, the way you put us all at ease, how quick it was — just an all around pleasant experience. Thank you to you and your team.

I’ve been working with Larry at West Coast MEDiA for over a year on multiple projects.  We keep coming back to Larry because of his professionalism, creativity, and his ability to work with our team to produce exceptional products.  It’s been fun working with him and watching our video concepts come to life!

The Surgeon General’s team also commented to me on how great the crew and field producer were to work with.  Larry and his team were able to get the interview we needed with the Surgeon General, plus a couple additional interviews with local Michigan officials , as well as sufficient high quality b’roll – all in a tumultuous event environment without much time or space to spare. Finally, Larry was very accommodating with us on delivery – arranging to download the media to a flash drive that they Fed Ex ‘ed for arrival at 7 am this morning so we could complete a deliverable.  The field producer supplied a field log so we were able to get right to the material we were looking for.

We have been working with Larry and West Coast Media for a number of years. Larry and his team have this incredible ability to take our ideas and turn them into reality that always exceeds our expectations. They make everyone feel part of the process and keeps things positive and relaxed. The content they help us create is used to show our employees the  impact they have on their community and people around the world in a positive way. That message would be ten times harder without West Coast Media. On top of everything else, everyone that interacts with the West Coast team knows that they genuinely care about the success of our business and how they can play a part in that success. Highly recommended!

West Coast MEDiA’s full service video production and digital photography services can help - no project is too big or too small!